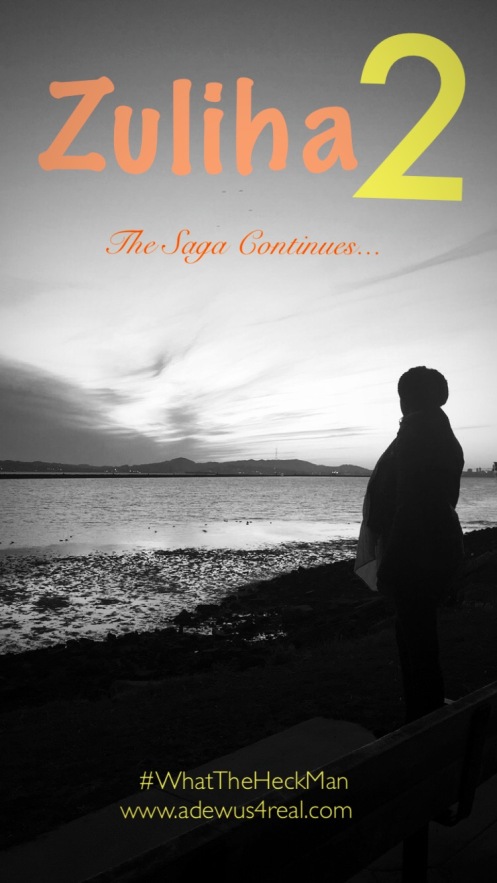 Cheating On Me by Kwabs

I continued walking around the house like I was carrying a secret.

Okay, a secret bigger than the one I was already carrying.

Well, my secret was already out.

But I didn’t feel liberated.

Now I felt like a pawn in an elaborate game, that could be sacrificed at anytime.

When I woke up the next morning, I laid in bed.

I just sat there and tried to understand what had happened before.

I replayed every word my sister had said and tried to fathom if it was true or not.

My heart raced as I replayed the words

“I want you to keep fucking my husband”

How could she say that?

And how did she even know to begin with?

As I walked out of my bed, I hoped my sister had already left the house.

When I entered the living area, it was empty.

A sigh of relief.

Entering the kitchen, I heard a gentle hum from the corner of the kitchen.

It was my sister making breakfast.

I walked in and opened the fridge without saying a word.

She stopped humming, turned and said

How did you sleep?”

With the door of the refrigerator still opened, I replied

She walked over to me, closed the door of the fridge and from less that a foot away from me, she looked me dead in the eyes and said

I’m not asking you to kill anyone.

he said with a smile as he headed for the coffee pot.

He threw in as he filled up his mug with a fresh brew of coffee.

Before anyone could answer, he walked up to Irene and held her from behind and whispered

She smiled and he smiled.

I disgustingly chimed in as they held each other.

As I walked out of the kitchen, I couldn’t help but think, what was my sister playing at?

I was so confused and the tension was killing me.

I was going to find answers, one way or another.

“So if I’m hearing you correctly, your sister found out that you have been sleeping with her husband and asked you to continue?”

She pulled off her glasses and leaned in

“So what does that bring up for you?”

I paused for a second and then said

“I’m not entirely sure. I mean, I’m confused and somewhat nervous but I don’t really know.

“You know part of why I started coming to see you was to find myself. Since I found out that I was given up for adoption, I’ve been trying to find a place to anchor my life.

My sister and I have never been close.

Frankly, i think we have tolerated each other at best for years.

I think thats what made it easier to sleep with her husband really. We just don’t have a deep connection or maybe I’m just too messed up”

She scribbled in her notepad a bit and then asked

“So you believe that the absence of a connection with her, prevents you from caring about something like sleeping with her husband?”

I replied and then continued

“Do you know she was the one that told me I was adopted?

In the middle of an argument during my 18th birthday party… I can’t even remember what we were arguing about but I just recall that she yelled it out and all my friends heard it.

Now… moments like those are what contributed towards me hating her so much.

…I don’t even think I hate her, I just don’t feel anything towards her”

“So what do you want to do with it?

I sat up a bit and said

I find that I am looking over my shoulder more because I don’t know what she’s up to.

Remember I am here if you need me”

I nodded and then I asked

“So what about the other stuff?

She placed her notepad to the side of her seat and pulled out a folder from her purse.

“Those are the people we found nationwide with that name.

Because we don’t know her exact age or any other identifying information, the process might take longer as we narrow it down.

She’s in there somewhere, we just have to find her”

I smiled faintly and answered

I’ve been searching for her all my life. Even when I didn’t know it”

I left her office still in an uncomfortable place but feeling a bit better.

As I got into my car, the radio turned on.

I don’t think there was a particular thing in my mind as I made my way home but I was suddenly washed with emotion.

I pulled over to the side of the road. Till the moment of writing this, I can’t pin point exactly why I was crying.

Maybe it was the fact that I was so close to figuring out who my mother was.

“why did you leave me?

Why couldn’t you love me enough to keep me?

The tears just continued to flow without explanation.

I could feel my cries coming from depth within me. If there was ever a physical representation of my pain, it was in that space.

As I cried, it started to rain.

Minutes later, I heard a tap on the glass.

I couldn’t make out the face, so I clicked the auto lock button on the door and lowered the window a bit.

The man standing outside said

I realized I had been crying. I sniffled a bit and wiped my tears as I responded

“Yes. I just needed a moment”

It was a police officer.

He didn’t ask anymore questions, he just told me to take my time and be safe.

I waited a few minutes after he had driven off to leave.

Slow, driving home, I tried to gather myself for pulling into the driveway.

I sat in my car for about 15 minutes before I finally entered the house.

I headed into my room.

As I started taking my clothes off, I heard a gentle knock on the door.

It was Drey my sister’s husband.

I was only wearing my bra and my skirt.

He came up behind me and put his arms around me.

He leaned in to kiss me on my neck. I pushed him away and said

He looked puzzled and outstretched his hands as he said

“What do you mean you’re not in the mood?

I rolled my eyes and replied

He started to tease me and make jokes in an attempt to use humor to get what he wanted.

He came very close and started tickling me.

I snapped and said

That one really got to him.

He stepped back and without saying a word, he walked out of the room.

I immediately feel horrible for going off on him but he wasn’t listening to me, so I let it pass.

That entire evening, I never left my room.

I just watched shows and cycled through social media platforms all evening.

As I approached sleep, I suddenly heard loud arguing noises.

….YOU have been wanting this baby but we agreed to wait 5years…

So what is the fucking rush now”

my sister yelled at her husband at the top of her voice.

I got off my bed and put clothes on and I started making my way out of the room.

I could hear them arguing and pacing.

He yelled back in a lower tone than hers

“I am not keeping this baby and there is nothing you can make me do!

“Can you even hear yourself???

You are my wife!

How can you be even talking about an abortion while we are married with no children??!

He turned and said

I knew a bit of it was because I had turned him down earlier.

He was obviously still upset.

“I dont want to be part of it but when you are both yelling at each other, I just want to make sure everyone is safe”

He looked at me and said

I could tell he was at his limit.

My sister immediately jumped in and snarled back

“So now, my sister is making you uncomfortable in our home?

She stormed out of the house, I presumed into the yard since she didn’t grab her keys.

“So you think it is okay to yell at me because I refused to give you pussy?

He hissed and snatched his car keys off the dining table and stormed out of the house.

A few moments later, I heard his car peel out of the driveway and into the night.

I sighed and headed outside.

Right on the doorstep, my sister Irene was sitting; crying.

For as much as I didn’t always feel for her, I felt bad for her.

I sat next to her and placed my hand on her back and gently rubbed it.

You should be happy about this baby. Why are you so bent on not keeping it?”

She started sobbing even more and managed to mutter, you won’t understand.

I was surprised she thought I wouldn’t get it but I continued.

“Okay, tell me, maybe I can help and talk to him”

She hid her face in her palms and said

I don’t want you to talk to him”

“Okay but what is going on though, why are you crying so much?”

“The baby is not his”

I must admit, that caught me off guard.

It took me a minute to re-gather myself and then I asked the dreaded question.

She sobbed even more.

For minutes, she just cried and said nothing. It seemed like it was so hard for her to bring herself to speak.

I patted her back and said

You can trust me”

I gave her a moment and then asked again

Leave a comment below or two. And yes, it is #WhatTheHeckMan

You know how I do.

Till next week, don’t kill me. lol

Thank you for reading and commenting. You are highly appreciated.