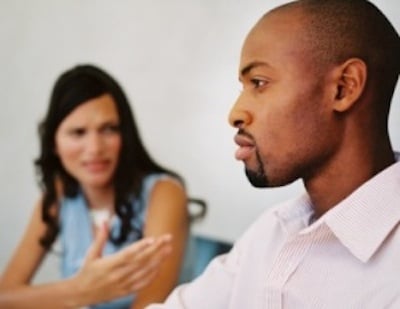 Denise, my ex fiancée and I had met up about two weeks ago over dinner to hear her explain her story. Going in, I wasn’t exactly sure how being under their fiancé’s “good friend” in a bed having sex could be explainable but she was willing to pay for dinner so I obliged. Hey! It’s free food. Everyone loves free food, right?!

Denise blamed the devil; took responsibility but seemed to push a bit of the fault on to me too. Kind of asked to be forgiven, also slightly suggested all was not done for us. Basically all the normal things someone says when they have been caught cheating or in the wrong in a relationship. I did a lot of reflective and active listening all night; I nodded, smiled and said very little all night. The bread was really good though. I remember going home cursing myself because I could feel myself starting to forgive her, start to imagine life with her. After all, the wedding had not been “officially” cancelled. Much of everything for the wedding had been paid already. Was this something I could look past and forgive her? Did I really w ant to spend the rest of my life without the love of my life? I remember asking myself. Tough questions, tougher times.

Denise and I first met when she was in Grad school. We met at birthday dinner for my brother. She was with her friend, Rachel. Yes, same one. No comment. She looked extremely beautiful. And I was unfit and, frankly, fat, so I second guessed myself and ended up not talking to her that night. A few months later I was privileged to run into her again at another event, a baby shower. You can say we hit it off and at the end of the night I remember asking for her number and she joked about not giving it to me. I knew I wanted her.

Of recent I have been hearing the saying on how a guy can tell whether he wants to be with a girl long term or not from the first few minutes of meeting her. Well, I couldn’t say that for the first meeting but the first time we talked, I knew she was it. Not necessarily the one but one of the ones. We all have various “The Ones” right? For some of us, every person we are with could be “The One” but I digress. Denise was beautiful; chocolate skin, standing at about 5’6’ to my 6’1. It was perfect. Her smile was, and still very much is, perfection. It lights up every room. She’s fluent in French and is a lawyer for the local school district, hardworking and driven even being from a wealthy family. The things I fell in love with her for were very simple things. Our initial dates, bar the first one, were very simple and mostly free. The bond we would later share were formed over things considered cliché but very special. I hold in high regard our fourth date where I made dinner for her at my apartment. We just ate, watched YouTube videos and eventually ended up on the roof watching the full moon. I have since developed a love for writing my tales under the moonlight.

We had our fair share of arguments and both very stubborn people, more so me, than her. I always seemed to want to be right or thought I was always right and it would occasionally cause tension between us. We grew and became stronger individuals and a more cohesive unit. The confidence in that unit led us down the path of the marriage and though, like every guy, I was terrified about spending my entire life with one person and leaving all my “sides”, I knew I wanted to take that chance and explore my entire future with her. I moved much closer to her job from previously living a full hour and half away from her to currently twenty five minutes, I stopped eating my favorite jalapeno burgers because she wanted me to eat healthy. I made big changes and so everything that happened recently only served to further annoy me but I guess such is life.

At the last dinner party I went to, everything was awkward. People seemed to be very nice to me for all that I had been through and simply polite to my ex Denise. I knew that in the place of social standing amongst my friends, I was the wounded cat and she had lost all the respect most of them had for her. Now, not all of my friends are saints and some at this very dinner were actively cheating on their partners or venturing through their “hoe” phases. We all knew we sinned and fell short of moral standards but it was just a case of “innocent until caught or exposed”.

I watched her from the corner of my eye as she carefully navigated through the night as best as she could, trying to avoid awkwardness. We did not say hi to each other at the dinner party, mostly because I didn’t want to in front of all the people present. I really did not want them to know much of what was going on. I am a firm believer in having people know of you but not about you and so the details of my relationship, good or bad, were mostly kept to ourselves. The part about her cheating on me with my friend did not even get out through either one of us. Kelvin did that all by himself, I wasn’t very surprised and as perfectly said by an award winning artist “niggas talk more than bitches these days”.

Denise left very early and I felt kind of bad about it. I wanted to go and help her feel better but I knew I couldn’t. These past few weeks must have been tough even if she did bring it upon herself. I wanted to fix it because of the love I had for her, but I had so much under lying anger also.

What she did to me was inconceivable especially after we had gotten to the point of marriage! I remember had various “slip ups” as we got together but I never actually cheated on her during our time together. Why? That had been my favorite question the past few weeks. I had things I needed to figure out, I needed answers. She had said a lot at dinner without saying much. She had explained why she felt she cheated and why it had to be with my friend Kelvin. I frankly wasn’t really paying attention as she seemed to make excuse after excuse but also because of the bread. I did tell you how good it was right? Warm as if freshly baked and all, I was glad. I heard most of the important things like, it was because she panicked about being tied down and Kelvin was convenient and because he had been coming on to her. I heard but I did not feel it was still enough reason to sleep with him but who was I to judge, right? I had just fucked her friend in revenge.  I remember leaving dinner with her that night asking for space and time to think. We tentatively had a wedding coming up in five months. “Let’s see how things play” I said to her as I left that night.

The leaves were growing, flowers blooming and there was sunshine, however little we got. It was spring time in Seattle. I had spent a lot of these past few months self-reflecting, reading, writing and growing as a man. After all, I was about to be married in a short while.

Denise and I had been working things out. Rachel had been shelved to the corner a bit after that nonsense of her asking me to “make us a thing”. These “side” males and females stay wanting full partner privileges like you in a relationship or something. I told her to kindly miss me with that mess.  We would occasionally meet up in the past few weeks and “catch up” with sex but she knew that once Denise was coming back into the picture, I was focused and my heart was truly only on her. My penis, though, I couldn’t say the same for. I still had trust issues but Denise and I were working things out slowly and we had agreed to go through with the wedding as long as we had counseling. I genuinely felt like we could do it and I was very optimistic. Finger food dates, picking out the cake, dance lessons and all that “boring” stuff were what my last few weeks had been about. I was about to be a married man. I had felt like Denise and I going through what was our big test… the one couples mostly go through after being married but I felt we were somewhat “privileged” to have the opportunity to experience this hurt now before I tied myself down for the rest of my life and I was able to confirm that Denise and I were it. We were the couple people looked up to. The couple people wanted to be like. I knew she was the one for me and I wanted her, and only her, for the rest of my life.

Look out for Part IV and concluding part of Triangle of Revenge SOON.

Thanks for reading and please do share and retweet.